Hemingway probably had mistaken the titled of his famous and Pulitzer Prize book, “The Old Man and the Sea”. What he actually meant was to write about the Six Toed Cat and the Sea.

Polydactyly is  a genetic anomaly that causes the cat to be born with more than five toes on one or more of its paws. Polydactyl  cats are most commonly found along the East Coast of the US , Canada and in South West England and Wales.

But how did Hemingway know about it ?

But the story Key West polydactyl cats, or simply Hemingway cats as they are known goes back to 1928 when Hemingway lived in Kew West, Florida. There he met Captain Harold S. Dexter from Massachusetts and his  famous cat, Snowball. Hemingway took a white kitten from Snowball litter and brought home. He and his kids called the kitten Snow White.

Hemingway’s home was turned into a museum (The Ernest Hemingway Home and Museum) and today there are approximately 40-50 polydactyl  cats living in the premises and some of the cats are descendants of Snow White. As Key West is a small island, it is possible that many of the cats living on the island are related. 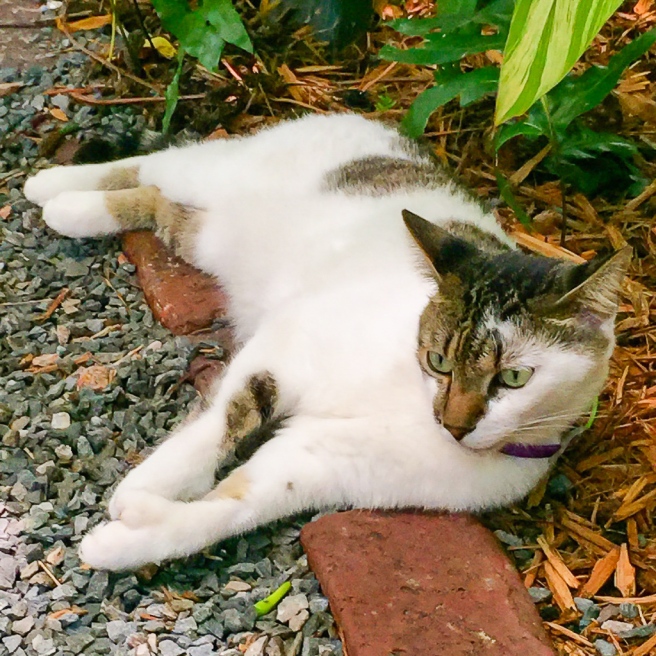 But no one needs to be a famous artist or a famous writer to have a loyal cat by his/her side. There are many cats in shelters, waiting to inspire their human companions.

But if you want to be like Hemingway, a good start is to meet Tyson, our polydactyl cat. He is waiting for you at The Gifford Cat Shelter in Brighton, Massachusetts.